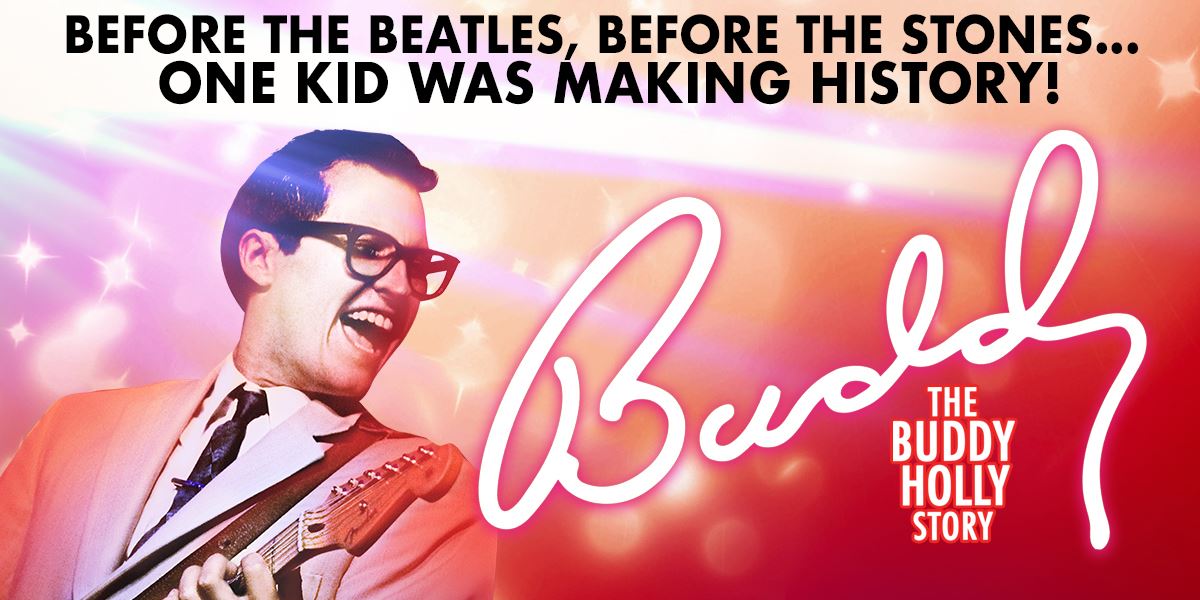 BEFORE THE BEATLES…
BEFORE THE STONES…
ROCK and ROLL WAS BORN!

The World’s Most Successful Rock & Roll Musical Buddy – The Buddy Holly Story is set to celebrate its 30th anniversary by embarking on a US wide tour in 2020 and visits THE TOPEKA PERFORMING ARTS CENTER on OCTOBER 22, 2021 at 7:30 PM.

Buddy tells the enduring tale of the musical icon’s meteoric rise to fame and his final legendary performance at the Surf Ballroom in Clear Lake, Iowa, before his tragic and untimely death at the age of 22. In 18 short months the Texas-born rock ‘n’ roller revolutionized the face of contemporary music influencing everyone from The Beatles to Bruce Springsteen. Audiences will be treated to 20 of Buddy Holly’s greatest hits, including timeless classics That’ll Be The Day, Peggy Sue, Oh Boy and Rave On.

Since opening at Theatre Royal Plymouth, England in August 1989, Buddy has enjoyed phenomenal success, having played a record breaking 4450 performances over 556 weeks on tour in the UK and Ireland, as well as 5822 performances over 728 weeks in London’s West End. 2019 sees Buddy joining a small – but lauded – number of iconic musicals including Les Miserables, Phantom of the Opera, Joseph and the Amazing Technicolour Dreamcoat, Miss Saigon, Evita and Cats in reaching a phenomenal three decades on stage.

Although there have been many imitations Buddy – The Buddy Holly Story has stood the test of time. The show has inspired a generation of multi-million selling juke-box musicals, including Mamma Mia and We Will Rock You, still remains a true original and a musical phenomenon.

Seen by over 22 million music fans since it opened in London’s West End in 1989, Buddy speaks an international language and continues to have audiences from aged 8 to 80 years old rockin’ in the aisles across the globe!