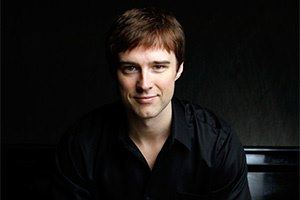 The Music of Billy Joel and Elton John features the greatest hits of these two great rock piano legends. Songs include: Piano Man, Rocket Man, Bennie and the Jets, Movin’ Out, I’m Still Standing, My Life, and many more. PollStar ranks this show in the Top 50 touring Acts/Shows in 2020.

Michael Cavanaugh stars in this production. He was handpicked by Billy Joel to star in the hit Broadway musical Movin’ Out. Michael received both Tony and Grammy nominations in the lead role. Billboard calls him the “New Voice of the American Rock and Roll Songbook” Broadway World referred to Cavanaugh as “The New Piano Man” Reuters named Cavanaugh Entertainer of the Year.